The Future of Artificial Intelligence in National Security and Defense 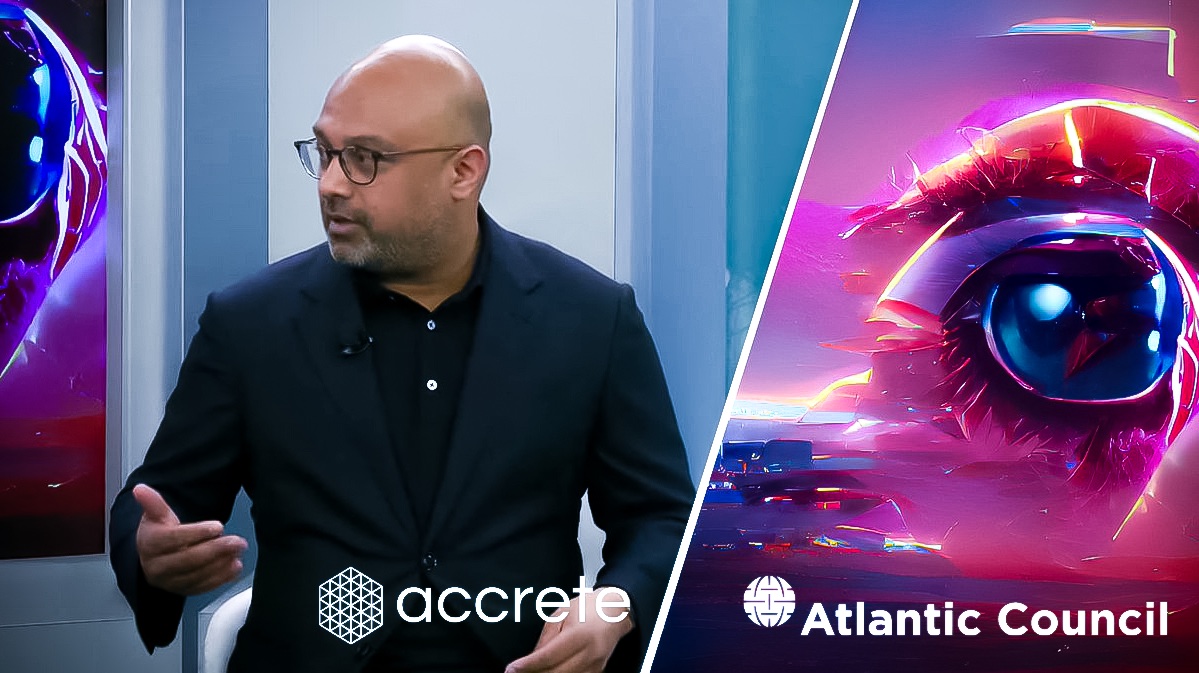 “It’s clear that as this competition comes to light, it’s easy to look at China’s People’s Liberation Army’s plans for the same technology, [where it’s] clearly articulated– ‘a goal to be dominant in AI by 2030’ and ‘to have a fully modernized PLA by 2027.’”

The Scowcroft Center for Strategy and Security and its Forward Defense practice held their latest public event on May 25, 2022, “The Future of Artificial Intelligence in National Security and Defense.”

The event— hosted by the Atlantic Council and moderated by Ms. Lee Hudson, Defense Reporter, POLITICO— examines the critical need for standardization around explainability, ethics, and performance to accelerate the government’s adoption of commercial innovation in AI so that the United States can not only defend itself against misinformation warfare but also secure its position the world leader in AI in the coming years.

This event featured the launch of Forward Defense’s latest report, Eye to Eye in AI: Developing Artificial Intelligence for National Security and Defense by Margarita Konaev and Tate Nurkin, which examines the critical role of AI in National Security. The report compares US, Chinese, and Russian progress in AI, and offers policy recommendations for improving the scale and pace of AI technology adoption and integration by the Pentagon.

Accrete’s intent in partnering with the @Atlantic Council is to highlight limitations in the adoption of dual-use technologies in AI from a commercial perspective to help pave a more efficient way forward.

Watch experts from the Department of Defense, Intelligence Community and Industry discuss the Future of AI for National Security and Defense.

@Prashant Bhuyan, Founder and CEO of Accrete stated that,

“We are in a new type of war, and the geographic and economic advantages of the past aren’t enough to bolster National Security going forward.” He added, “Whereas the focus of the Cold War was nuclear proliferation to stave off the threat of mutually assured mass destruction, the current war is far more complex. The current war is centered on using AI to weaponize misinformation and target and manipulate the behaviors of individuals, presenting a far greater threat to humanity than nuclear proliferation.”

In order to emerge victoriously, the United States needs to leverage its greatest asset: innovation. In particular, the United States needs to accelerate the acquisition and procurement of proven dual-use technologies in AI and build an arsenal of relevant AI tools capable of combating foreign adversaries that are intentionally obscuring identities to avoid sanctions to control supply chains; driving false narratives viral to weaken Civil Society; and exploiting architectural vulnerabilities in microprocessors by embedding spy code in firmware.”

“It’s now 2022 and it’s time for the DoD to have a similar focus on using data to solve problems, to think about their problems through a data lens, and to start to implement the capabilities to overcome the cultural obstacles to actually become a competitive enterprise that can outfight any opponent and have the same productivity and efficiency that we [expect from commercial dual-use technology providers].”

“Cultural artifacts are probably the largest obstacle when we talk about AI implementation in the department. My estimation is that maybe it’s 85% cultural rather than technical. Acquiring software-based capabilities requires a major cultural shift inside the Department of Defense and that shift is underway as more and more people understand not only the opportunities but also the risks of not being competitive and not moving fast enough to ensure that we retain a competitive edge in any theater against any opponent.”

“One of the key obstacles is tribalism and unfortunately for all of us tribalism is firmware, it is deep within us, and I think almost every organization struggles with this but inside the department, you have natural tribalism that aligns and natural tribalism of obstacles. So moving past tribalism, learning to work as an integrated whole, being willing to share capabilities and technologies across service lines and functional lines, and being able to do that in support of combatant commanders with their difficult missions is the charter of the JAIC, it will be this charter of the CDAO, as the CDAO becomes fully operational and capable. … We believe that the rules have to change a lot of the thought processes have been rendered obsolete and the cores of how our organizational processes work have to be reevaluated through the lens of Artificial Intelligence and data.”

“Clearly, the competition is around us. The estimate recently was about the evolution of a 16 trillion dollar industry by 2030 which will raise GDP significantly for both China and the U.S. and to a lesser degree our European partners and then to a lesser degree still across the globe. A bump in GDP of 16 trillion across the globe is a massive opportunity and through that opportunity and that level scale of transformation in the market, we’ll see real ramifications for both warfighting and our warfighting competitiveness and also our economic competitiveness and our national strength and influences. It’s clear that as this competition comes to light it’s easy to look at the PLA’s plans for the same technology, clearly articulated– a goal to be dominant in AI by 2030 and to have a fully modernized PLA by 2027. (The People's Liberation Army is the principal military force of the People's Republic of China and the armed wing of the Chinese Communist Party.)...The question for us is are we competitive, are our investments that we’re making today competitive in this environment.”

“The bottom line is that we would never be here working to bolster national security unless it was for the DIU. And organizations like the DIU need to be scaled and expanded from our perspective in order to leverage the great innovations that companies like ours are making through testing technologies and ideas in the real world.

Dual-use procurement initiatives are critical to identifying best-of-breed AI technologies that can be deployed both at the defense and intelligence level and then in other organizations across the government as well. Critical to the rapid identification and adoption of dual-use technologies is the establishment of a set of standards for AI performance, [defining] what is real AI and what is not real AI, explainability– can you trust it, can you trust the underlying data, where is the data coming from, how is it being poisoned or not poisoned by an adversary, what are the biases, is it ethical, is it up to the ethical standards that we set forth.

And from our experience, the lack of standardization creates bottlenecks in the procurement and the acquisition process because I think that there’s a lack of understanding in terms of what is AI around nuanced topics like capacity-based pricing models or AI-based auditing for performance and things of that nature. Our experience is a glimmer of hope because if you can leverage commercial innovation through organizations like the DIU we can help set those standards to pave a more efficient way forward.

So our intent in partnering with the Atlantic Council has been to highlight limitations in the adoption of dual-use technologies in AI for this purpose [to help pave a more efficient path forward]...If we’re going to compete in this new era of information-driven conflict, it’s going to be critical to accelerate acquisition pathways for non-traditional AI vendors.”

Watch the video below to see experts from the Department of Defense, industry, and the broader national security community discuss the challenges and opportunities inherent in developing AI for national security and defense applications.

Atlantic Council is a nonpartisan organization that galvanizes US leadership and engagement in the world, in partnership with allies and partners, to shape solutions to global challenges. Accrete’s intent in partnering with the Atlantic Council is to highlight the limitations in the adoption of dual-use technologies in AI to help pave a more efficient way forward. Accrete’s journey has been the exception, not the norm, and in order for our nation to be victorious in this new era of information-driven conflict, it’s going to be critical to accelerate acquisition pathways for non-traditional AI vendors.