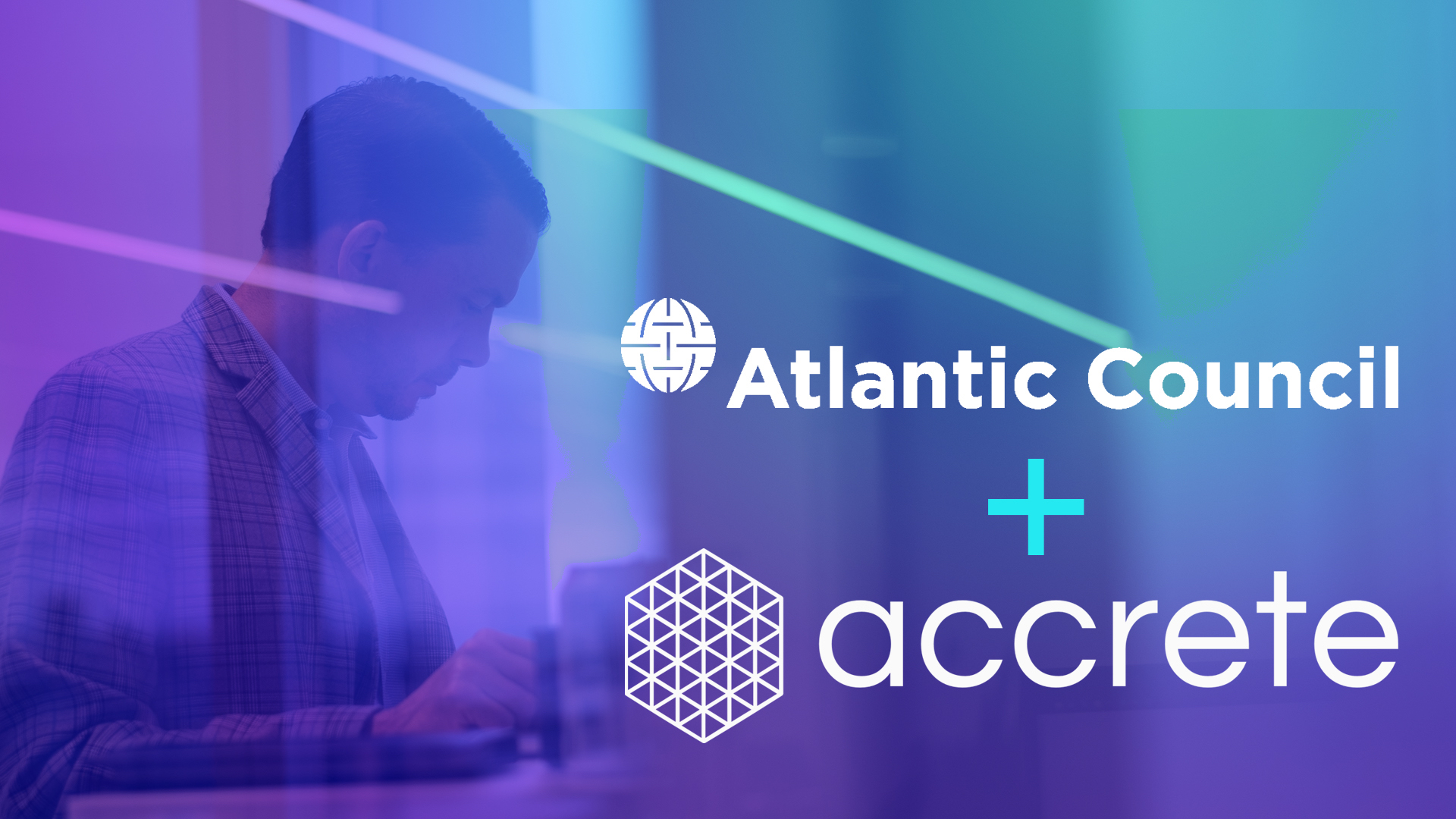 Accrete AI Partners with the Atlantic Council to Advance the Adoption of AI Standards for Performance, Ethics and Explainability in National Security

Accrete, a leading enterprise AI software provider headquartered in Lower Manhattan, has partnered with the Atlantic Council’s Scowcroft Center for Strategy and Security and its Forward Defense practice in Washington, D.C. to advance the adoption of standards for ethical, explainable and continually learning AI in national security applications.

Prashant Bhuyan, Founder and CEO of Accrete AI, states that “AI powerful enough to understand context without user labeling provides an opportunity for federal, defense, and military organizations to offload high-value cognitive work to machines and grow in previously unimaginable ways. At Accrete, we have built a track record of pushing ambitious AI prototypes into production at breakneck speeds. We’ve licensed game-changing AI products to some of the most demanding customers in the world including the Department of Defense and leading players in Finance, Tech, Media & Telecom, and eCommerce.”

Bhuyan goes on to say, “Although real AI capable of automating tasks that require human-level reasoning has the potential to transform the growth trajectory of an organization, a lack of standardization in the industry is a real barrier to adoption. Through our partnership with the Atlantic Council, we intend to formalize the creation of standards for AI performance, explainability, ethics, and bias modeled after our work with the U.S. Department of Defense. These standards will enable customers to filter hype and accelerate the adoption of real-world AI to drive growth.”

"Artificial intelligence is transforming the battlefield, and it should similarly change the way we think about national security. This partnership between Accrete AI and the Atlantic Council will lay a critical foundation to chart the path forward for national security applications of AI." – Barry Pavel, Senior Vice President and Director, Scowcroft Center for Strategy and Security, Atlantic Council.

Forward Defense, housed within the Scowcroft Center for Strategy and Security, shapes the debate around the greatest military challenges facing the United States and its allies and creates forward-looking assessments of the trends, technologies, and concepts that will define the future of warfare. Future developments from our partnership will be released in conjunction with Forward Defense.

Jason Kirby
Chief of Staff and former National Defense Fellow to the Atlantic Council where he coordinated and published the National Security Council Reform Project: A Foundational Proposal for the Next Administration.
jason.kirby@accrete.ai